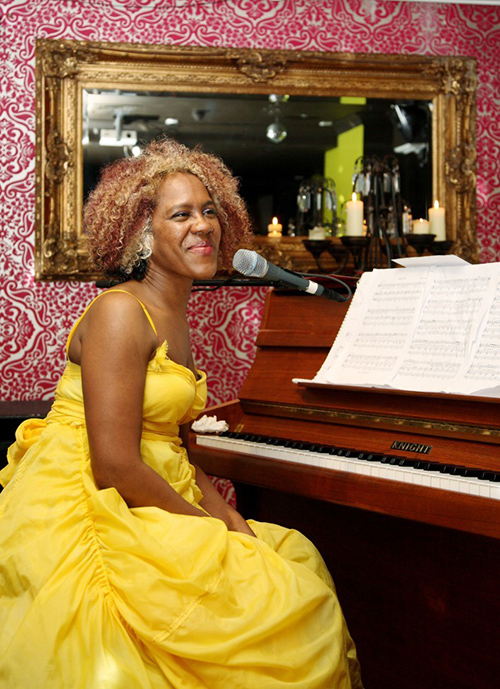 Errollyn Wallen’s output includes eighteen operas and two large scale works for the opening ceremony of the Paralympic Games for London 2012 broadcast to a billion people around the world. Her latest large scale work, THIS FRAME IS PART OF THE PAINTING for mezzo-soprano and orchestra, is a BBC Proms commission and was performed by BBC National Orchestra of Wales, conducted by Elim Chan, to a sold out Royal Albert Hall.

Her new chamber opera THE POWDER MONKEY has just finished a tour including a performance at the Royal National Maritime Museum. Her Concerto Grosso is to be released on the NMC label next year, performed by Chineke! who also premièred the chamber work NNENNA, at the Cambridge Music Festival in 2018, and gave its London première at Wigmore Hall this year. The Choir of King’s College, Cambridge have recorded her music for a forthcoming release and performed PACE on their Australian tour in the summer. Her opera The Silent Twins (libretto by April De Angelis) will receive its US première in New York in 2022.

Works in progress include an opera for Graeae, an oratorio and a piano concerto. Errollyn Wallen’s albums include: ERROLLYN, The Girl in My Alphabet, Meet Me at Harold Moores. These have travelled 7.84 million kilometres in space, completing 186 orbits around the Earth on NASA’s STS115 mission.

Errollyn was awarded the MBE in 2007, in 2015 became an Honorary Fellow of Mansfield College, Oxford and in 2019 an Honorary Fellow of Goldsmiths, London. She has received an Ivor Novello Award for Classical Music, a British Composer Award and a FIPA D’Or for Best Music for a Television Series. These honours come with further garnishes: an Honorary Doctorate from York St. John’s University, one of BBC’s 100 Women 2018 and one of London University’s 150 Leading Women; and her latest orchestral album, with Orchestra X, Photography, was voted into the Top Ten Classical Albums by USA’s National Public Radio.