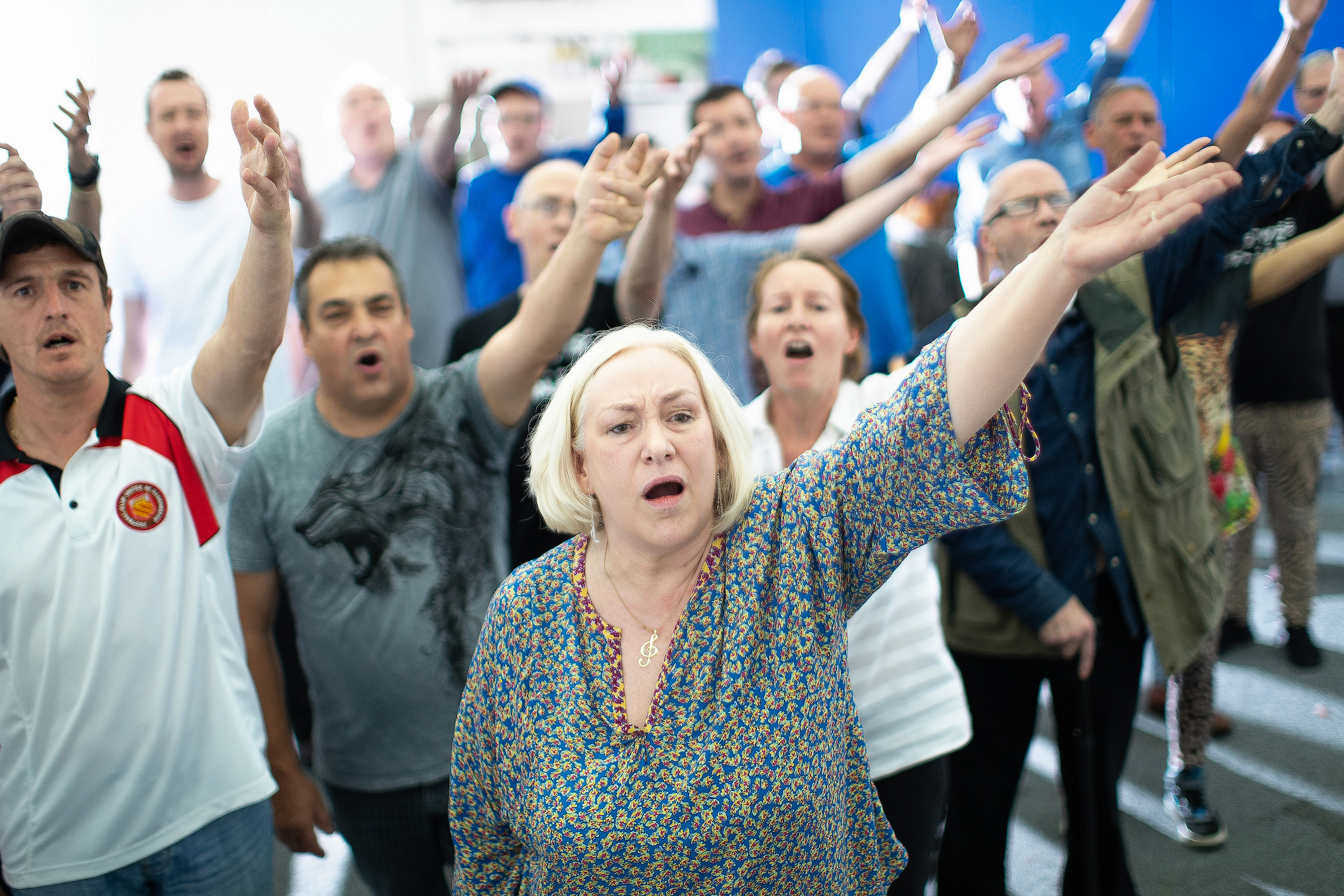 Streetwise Opera is thrilled to announce its Composers in Residence for 2018-2019, who will create operatic choruses for the company’s performers in five regions in England.

From September to December, the composers will work with Streetwise Opera performers and workshop leaders to create music that inspires and challenges all participants. The resident composers will be supported by Streetwise Opera’s Artistic Director of Workshops, Mark Oldfield, and Head of Programme, Marigold Hughes, and will be offered mentoring by composer Errollyn Wallen MBE.

This project enables a true collaboration between our performers, workshop leaders and a locally based composer, which not only inspires greater ownership of the pieces for all participants, but also generates a sense of pride and achievement that, in the long term, helps enhance the wellbeing and social inclusion of our performers.

The texts for the commissions, inspired by the theme “Community and Belonging”, will be written in collaboration with Streetwise Opera’s performers through a process of experimentation and exploration. This will allow them to make creative decisions and take ownership over the final piece.

The Opera Hour series is composed of five operatic performances showcasing the work of Streetwise Opera groups in London, Manchester, Nottingham, Teesside and Tyneside. Venues will include Southbank Centre and Royal Northern College of Music.

This is the third edition of the Streetwise Opera Composers in Residence scheme, supported by PRS Foundation’s The Open Fund for Organisations, following successful residencies in 2014/15 and 2016/17.

I’m humbled to have been chosen as one of Streetwise Opera’s composers in residence and also very excited to join this positive music making community!

Aurora is a London-based composer, arranger and performer. Her musical education began with Yllka Istrefi studying classical piano, she then went on to graduate from Trinity Laban with a Bmus in composition. As a composer she works with various acoustic, electro-acoustic ensembles and soloists as well as with electronics. Her most recent project, an oratorio based on the Yugoslavian War, called On a Thin Thread, premiered at The Albany. Alongside composing, she also performs her own music as a singer and pianist/keyboard player.

I’m so pleased to become Streetwise Opera Composer in Residence for Manchester! I’m really looking forward to working alongside the singers to create a new work featuring their stories, ideas and sounds.

I am delighted to be part of this remarkable and innovative project and looking forward to collaborating with all the performers to create a truly challenging and exciting piece.

David studied composition at St John’s Cathedral, Norwich and Nottingham Trent University, where he composed for film, dance and theatre. He co-ran Isthmus Productions creating original films for the screen and TV. Freelance editing work includes Nicaragua: a question of democracy and Shane Meadows’ Small Time. David has composed for the independent sector, Channel 4 and BBC film, including Macbeth on the Estate (directed by Penny Woolcock) and has written two musicals for the stage with Stephen Lowe. Recent commissions include the 2017 Nottingham Peacebuilders concert to celebrate the lives of Ghandi, Martin Luther King and Daisaku Ikeda and in 2018 to commemorate the end of WW1.

I am very much looking forward to this opportunity to work with Streetwise Opera. It is such a privilege to work with people that are passionate about making and performing music together in a welcoming and inclusive environment.

Hayley is a composer, lecturer, researcher and conductor based in the North East. Hayley is currently a lecturer of performing arts, music and education at the University of Sunderland. Hayley studied Music at York St John University at undergraduate level and then continued her studies with a MA in Music Composition. As a composer, her work has featured in the Late Music concert series, most recently a saxophone quartet, Spectrum, performed by the Delta Saxophone Quartet, and a commission for community choir Soon Amore. Hayley’s work explores narrative forms and draws influence from nature, art, literature, people’s lived experiences and different cultures.

Streetwise Opera’s work inspires me and reaffirms my belief in music as a great healer. I relish the prospect of working together with performers who have experienced homelessness, to create a strong and powerful opera chorus which is rooted in place, community and most importantly, people.

Ian is a Newcastle upon Tyne-based composer. He is best known for his choral works which tread the line between folk, classical and jazz. He has written for school groups and orchestras to professional choirs and folk ensembles. As a performer he has toured extensively, with some of folk’s most influential artists and he loves to create musical ideas in collaboration with community groups. His use of emerging music technologies stems from his work running a successful recording studio in Northumberland and 2018/19 sees him an associate artist of Sage Gateshead with a forthcoming residency at English Folk Dance and Song Society.