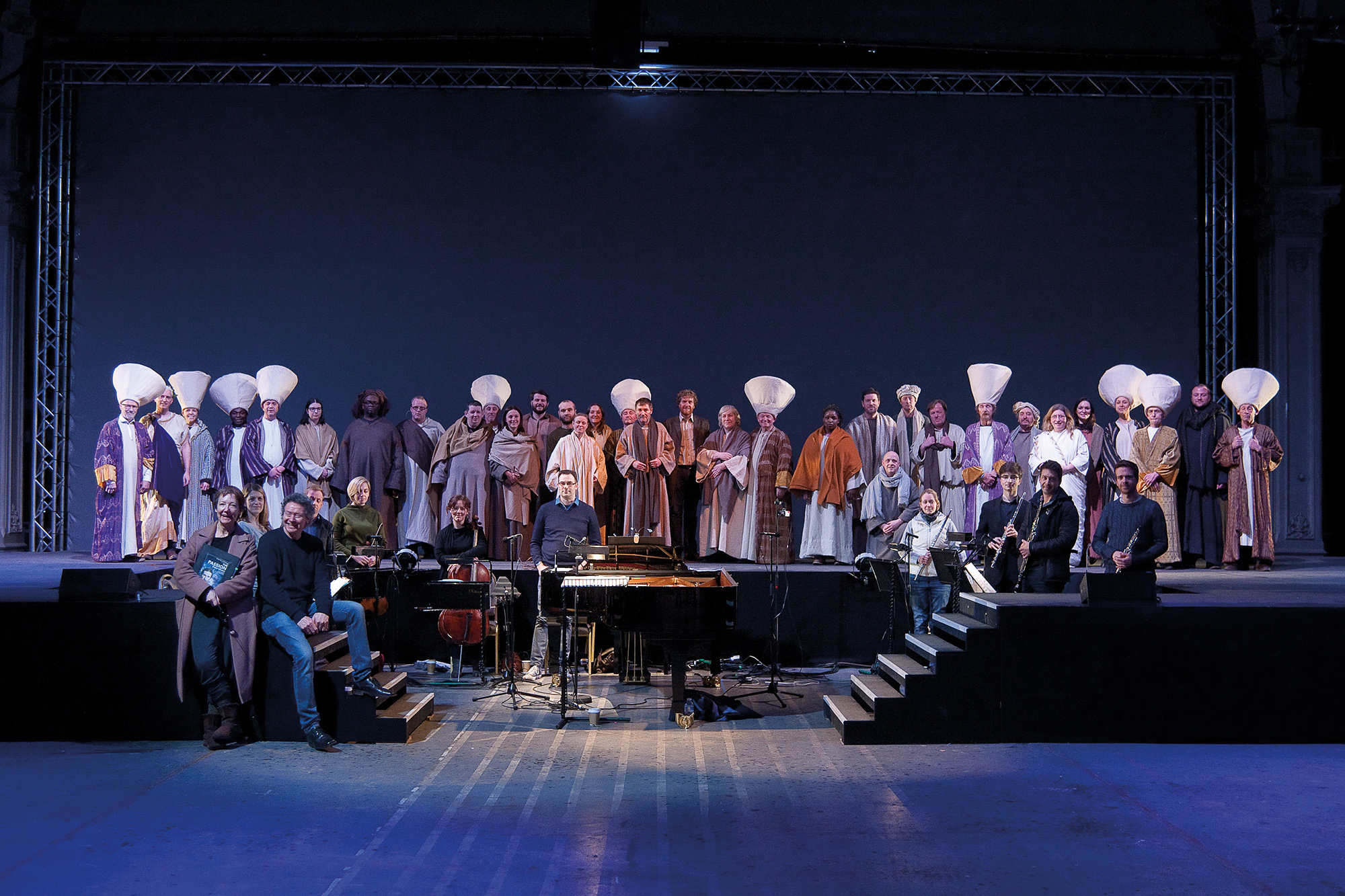 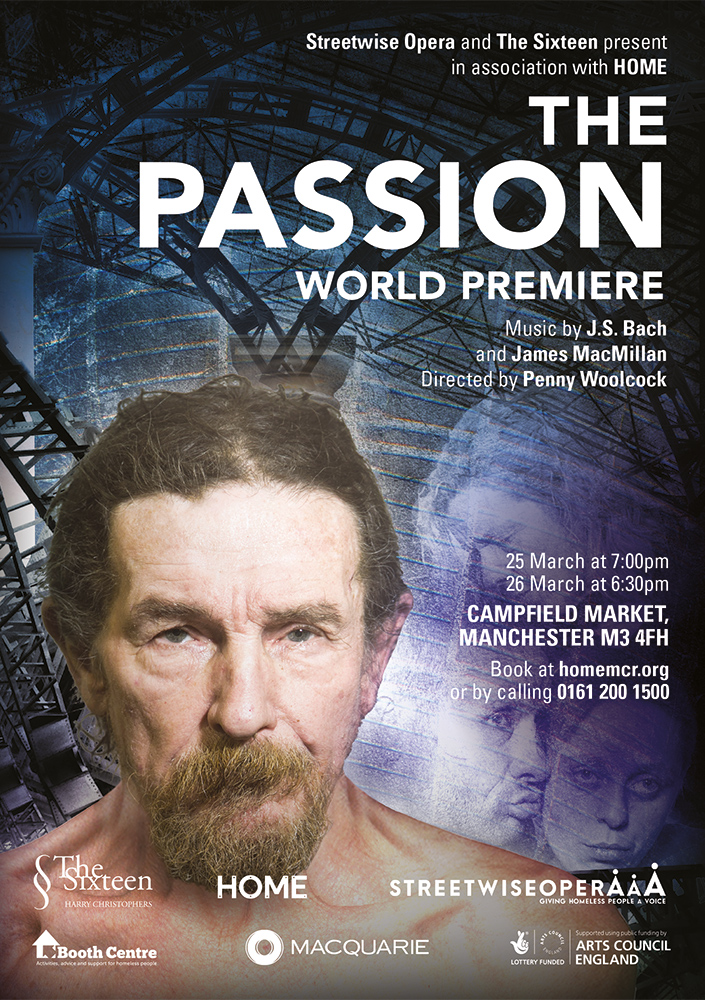 Every two years, Streetwise Opera stages a major new opera. For 2016, it was The Passion, a landmark site-specific production for Easter in collaboration with world-renowned ensemble The Sixteen and in association with Manchester’s international centre for contemporary visual art, theatre and film, HOME.

In the historical surrounds of Campfield Market, an abridged version of Bach’s iconic oratorio St Matthew Passion was brought to life as an immersive fully-staged opera.

This contemporary promenade performance guided audience members around Manchester’s much-loved Victorian hall, with a vibrant cast comprising both The Sixteen and performers who have experienced homelessness from Streetwise Opera Manchester.

Following the last two days of Jesus’s life, The Passion’s confrontational narrative was contrasted by the beauty and exultation of its score. Penny Woolcock’s direction saw multiple performers playing the leading role as a poignant reminder of Jesus’s vulnerability and universality.

The production featured a new ‘resurrection’ finale which has been jointly written by Streetwise Opera’s performers and celebrated composer Sir James MacMillan. Bleak images were followed by glimmers of hope in The Passion’s joyous closing chorus.

After 35 years of worldwide performance and recording, The Sixteen is recognised as one of the world’s greatest ensembles. Comprising both choir and period instrument orchestra, The Sixteen’s total commitment to the music it performs is its greatest distinction. A special reputation for performing early English polyphony, masterpieces of the Renaissance, bringing fresh insights into Baroque and early Classical music and a diversity of 20th and 21st-century music, is drawn from the passions of conductor and founder Harry Christophers CBE.

Penny Woolcock is an award-winning director working across fiction film and documentary, art installation and staged opera. She has a special interest in creating quality work with those who live on the margins.

Sir James MacMillan is one of today’s most successful composers and is internationally active as a conductor. His music is programmed extensively throughout the world and he has won awards including the Gramophone Contemporary Music Record of the Year Award and a Classical Brit Award. He is also the founder and Artistic Director of the Cumnock Tryst Festival. In 2015, he was given a knighthood in the Queen's Birthday Honours.

HOME, Manchester’s international centre for contemporary visual art, theatre and film, opened its doors in May 2015. Designed by Dutch architects Mecanoo, HOME was formed from the merger of two of Manchester’s best-loved cultural organisations, Cornerhouse and the Library Theatre Company. HOME's theatres are a platform for questioning and ambitious artistic projects that involve audiences with new and extraordinary theatrical experiences.

We'd like to express huge thanks to the people who donated to our crowdfunder for The Passion:

And all our anonymous contributors

‘I was transfixed and touched… Bach’s own passion performances were community events, and so was this; a collaboration between those who have been richly endowed with talent and those who have been clobbered with problems – but all of them human beings, beautifully retelling this most enduring story of redemption.’

Though abridged, Bach’s masterwork loses none of its potency… [The finale is] a joyous resurrection capping a production which provides solid evidence that social outreach need not exist solely at the fringes of the arts.’

‘Visceral, intense and simply remarkable…. It is testament to the power of the performance that at the end, the audience didn’t leave.’

‘Matt Reid’s hoarse, Mancunian accent and haunted eyes make Judas seem exactly what he was: an ordinary guy destined by circumstances to commit an extraordinary act… The [finale] words have been written by the performers themselves, finishing with the phrase “and the rain still falls”. There can be no more fitting conclusion to this most Mancunian of Passions than that.’

‘[Performers] had a beauty of their own, a vulnerability and pathos that connected with the old tradition of medieval passion plays performed by ordinary people… MacMillan set [the finale] as the kind of ballad Bach might have produced had he discovered Broadway: simple, strong, affirmative. This was communal resurrection.’ 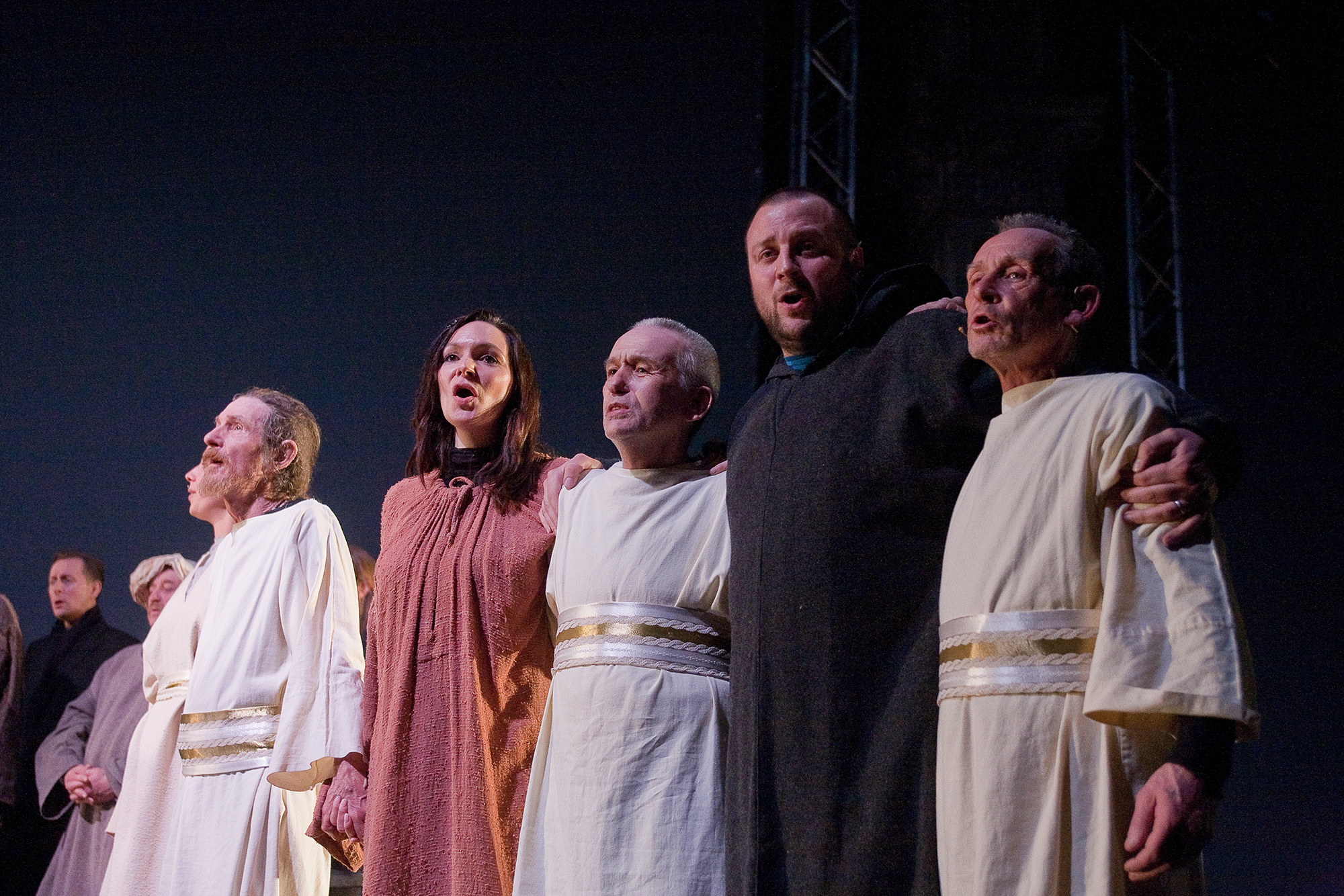 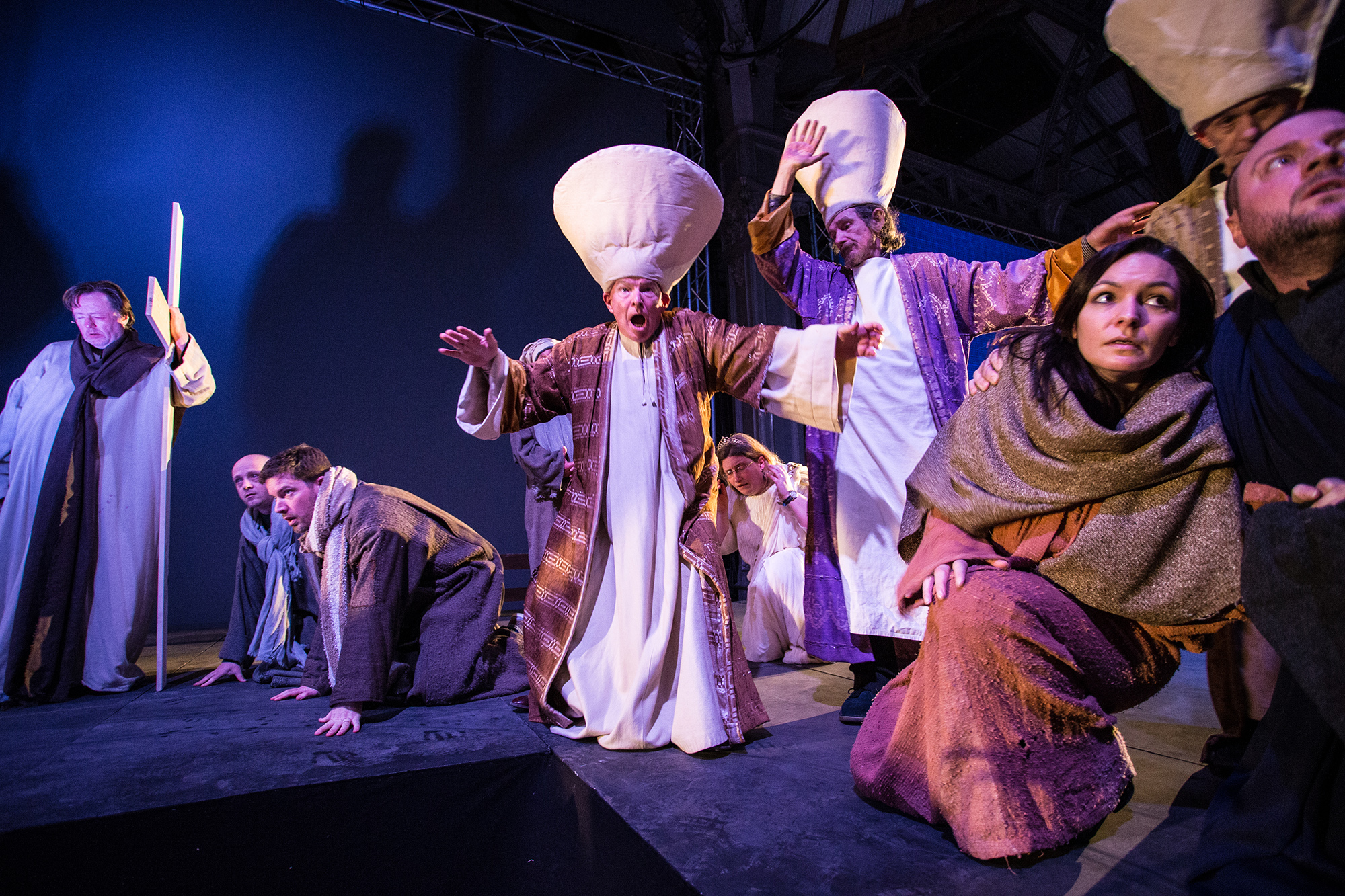 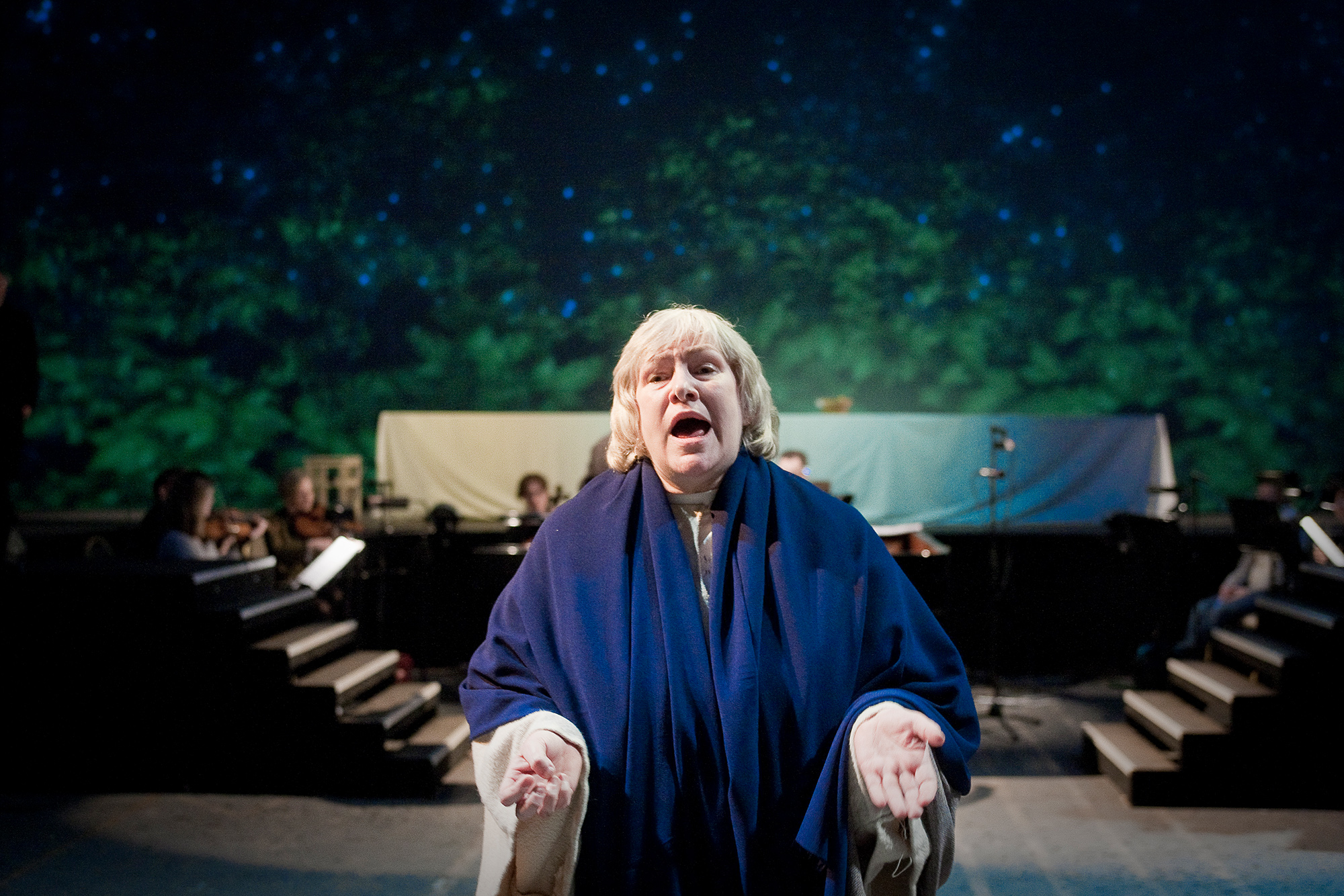 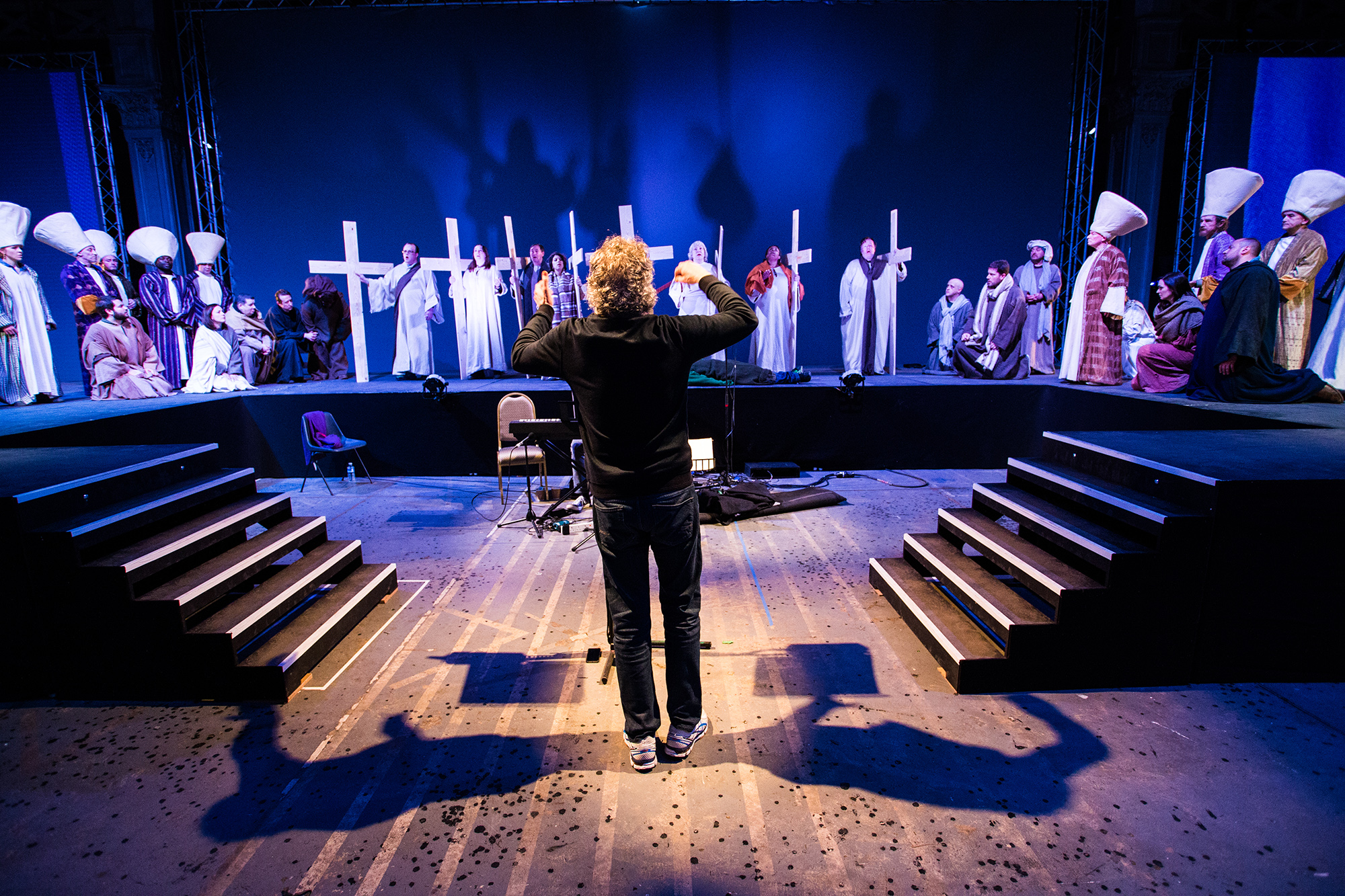 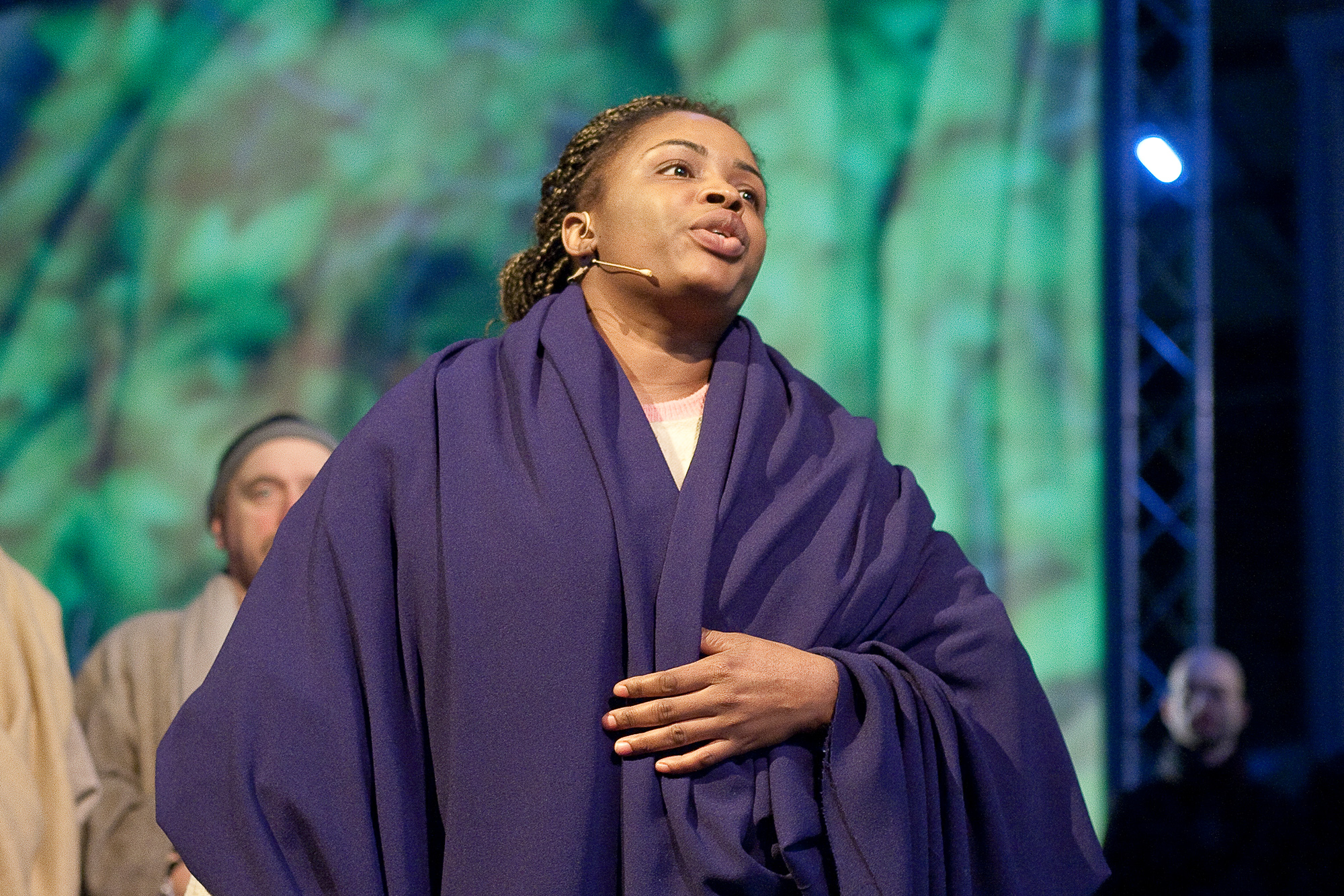 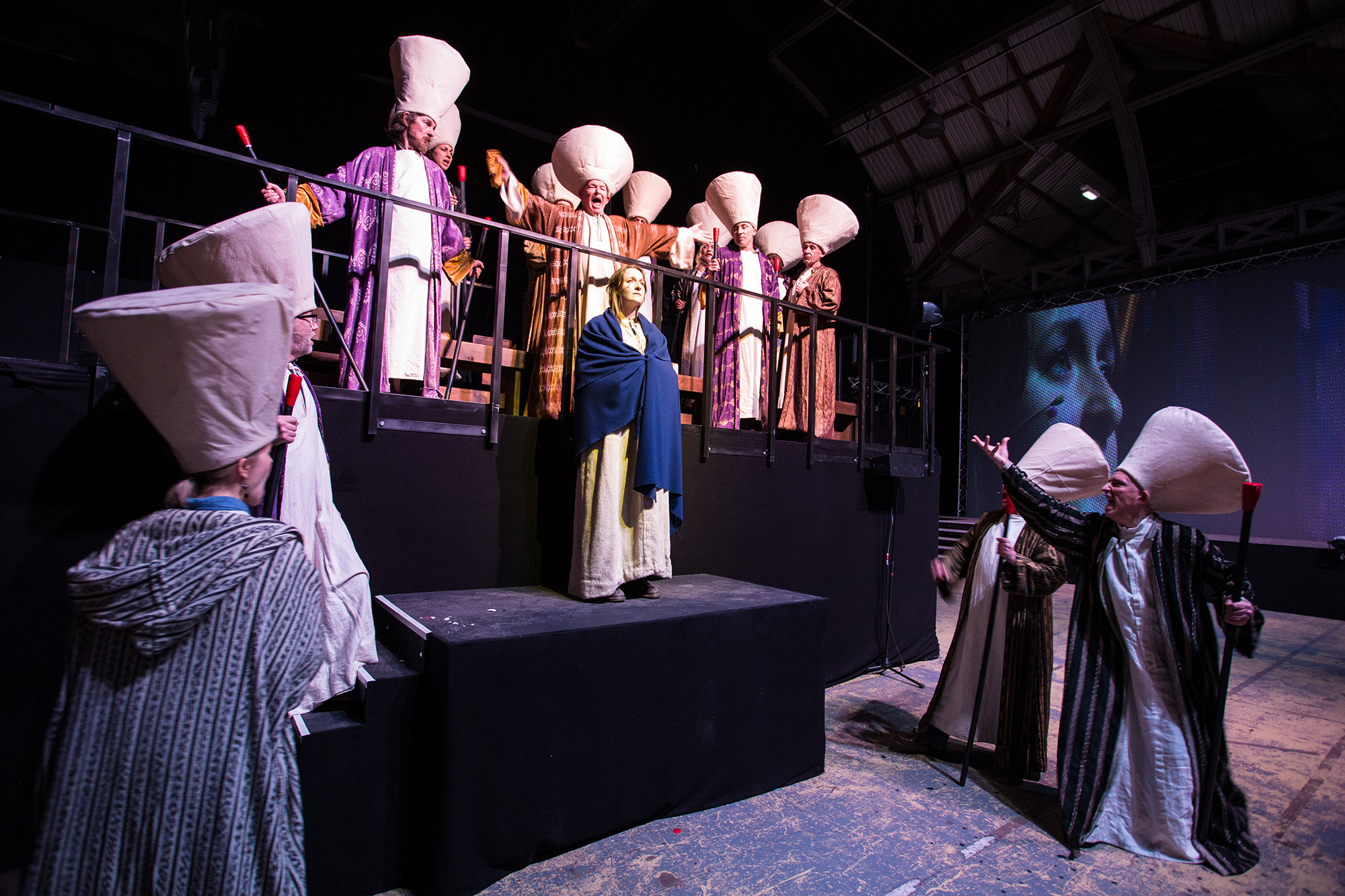 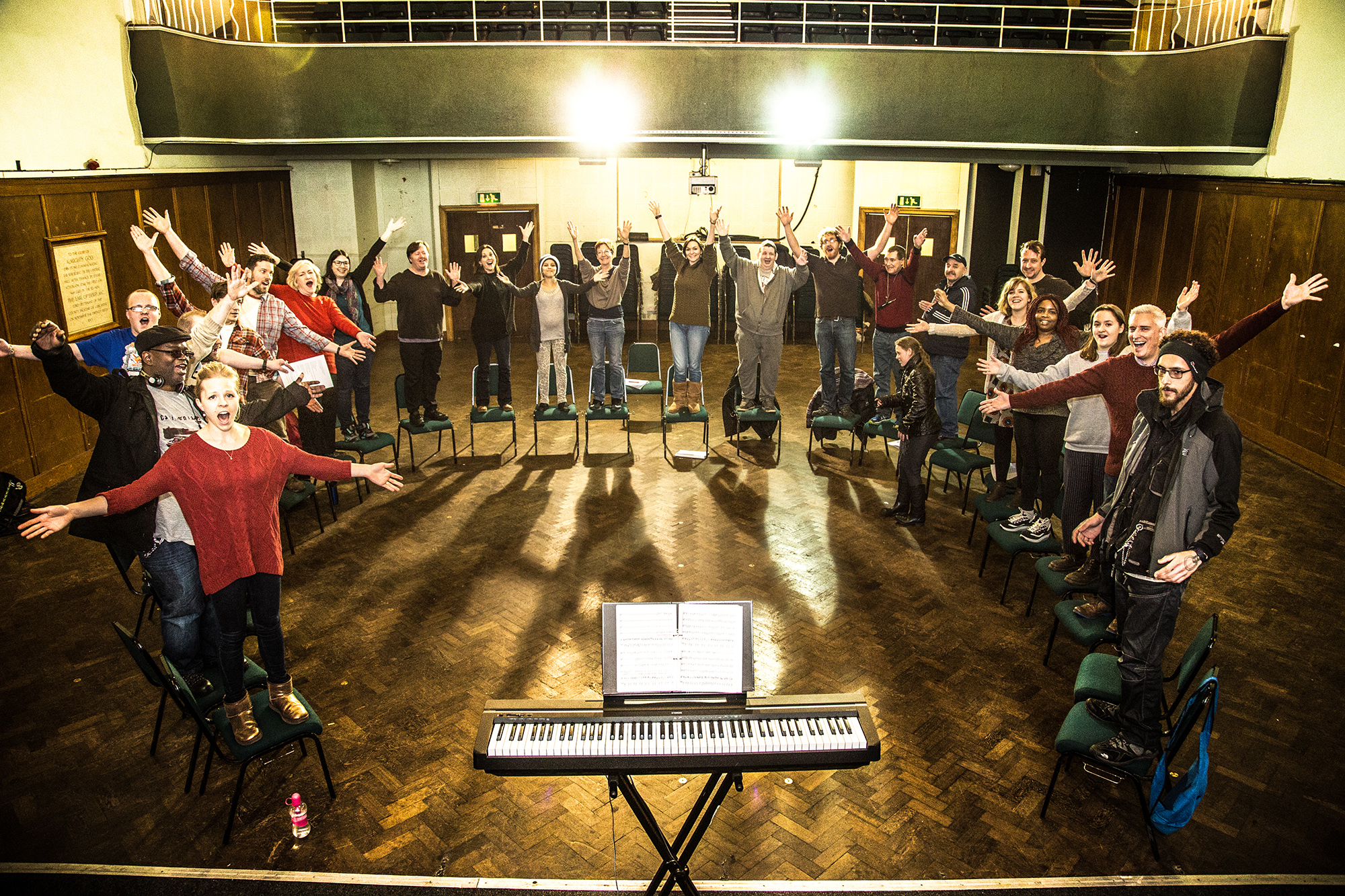