On a bracingly fresh Tuesday in February, composer Hannah Conway and I waited in the foyer of The Connection at St Martin in The Fields. Before the pandemic, we held weekly sessions in this homeless day centre in the heart of Central London. The tuneful, chaotic, joyful echoes of those sessions bounced around the walls of the eerily silent building (the centre had closed after its morning shift). We were there to start a project that had been waiting quietly in the Covid-cloaked wings until its moment arrived: Streetsong.

Streetsong had been designed to take music-making onto the streets, for those that – for a myriad of reasons – would not step into our group sessions in the arts venues or homelessness settings we work in. Now the moment had come for us to trial it.

Saskia*, a skilled and warm Street Engagement advisor – came down to meet us. Saskia, and others in the Street Engagement Team, go out on regular daily shifts and engage with the local street population; talking about the services that The Connection offers, signposting individuals to medical assistance – if necessary – and signalling people towards housing support. When this isn’t possible, they continue to work with these individuals intensively on the streets, providing wrap-around service and care. The manager of the team had, very kindly, agreed to allow us to accompany Saskia on her shift.

And so we left the relative warmth of Connections, Hannah with her portable keyboard strapped to her back and our curiosity peaking high. If the moment felt right, Saskia said that she would introduce us, and the plan was that then Hannah would initiate a creative conversation, which would gently build into a music-making interaction.

First stop: Gerry*. Gerry was described by Saskia as an “entrenched” rough sleeper who was offered temporary housing during the lockdown (under the “Everybody in” scheme) but had stayed on the street. Saskia had briefed us on Gerry’s interest in political rhetoric around homelessness and kicked off a spirited conversation on this topic, then introduced Hannah and me. Hannah asked Gerry about what kind of music he liked. They chatted for a while and then Hannah took her keyboard off her back, unzipped it – and took out her pencil and manuscript paper.

As Gerry started to offer words and sentences ‘I am a Streetcamper” and “it’s hard on the Street, it’s as hard as you want to make it”, Hannah scribbled his words down, and then asked him how he would like it to be sung. Gerry sung/spoke his words back – in true operatic “Sprechgesang” fashion – and then the piece started to take shape. Hannah and Gerry worked in call and response, eye-to-eye, voice-to-voice – building reciprocity and creative exchange: in the middle of a pavement, in the middle of London. Hannah’s skill as a music-maker shone through and Gerry seemed creatively sparked and fully engaged. When the moment came to its natural end, we thanked him and he thanked us. We told him that we hoped to be back in a few weeks for more.

Having reflected that three of us approaching one person might be a bit much (the SET – Street Engagement Team – normally work in pairs), I said that I’d hang back – and allow Hannah and Saskia to go on. On the other side of the street, I saw them working with a young woman, who wanted to write about her addiction – “evil, cold, dark and lonely, it takes the feel away, taking over, controlling you”.

We noted the fine balance between the benefits of using music so that individuals could open up to engagement workers and process feelings, and the music-making process becoming too painful and triggering, so that individuals are left feeling emotionally raw. We all agreed that that we’d need to look into this more before the next set of sessions. We reflected on whether it might work better to work from an external stimulus – a photo, illustration, an object, that individuals could respond to. That way, the music could be about something other than their potentially painful, current experiences.

Hannah and Saskia then moved on to work with Lucas*, who wrote a piece about his hometown: “a beautiful small village, it smells like fresh leaves.”  Lucas spoke about his love of music and his passion for the accordion. I met Lucas afterwards and spoke to him about the weekly sessions we run at the Southbank Centre, and Saskia suggested I send some information along to his key worker. Lucas seemed interested in the idea of coming along.

One of the things that became clear to me through this afternoon, which I had known but perhaps had not fully processed, is that a significant number of the street population aren’t sleeping rough. Many are housed in hostels, but they are on the street during the day because they are begging, or because they feel isolated in their accommodation. As we were walking around, it struck me that – in many of the cases where individuals had been allocated case-workers, we could work with these case workers to support individuals to come along to our group sessions. That, alongside the Streetsong sessions being a creative project in themselves, these sessions could also prove to be an effective and dynamic branch of outreach work for Streetwise Opera.

And so we said our goodbyes to Lucas, and walked on. Next up: Davey*. Davey was warm, funny, engaged – and as it turns out – extremely musical. We chatted, and sung – he gave us a memorable and rousing rendition of Morning Has Broken. Hannah shared parts of the song Lucas had started to write and Davey built on this song, with a deft lyrical hand. He had a booming voice, a twinkle in his eye and a thousand stories behind him. Again, we chatted to him about the possibility of him coming to sessions, and he seemed interested. Afterwards, we spoke to Saskia about the possibility of being connected to his case-worker so we could make sure all the session details are passed on to him.

That rounded up the afternoon’s session. We took ourselves into a nearby coffee shop and chatted to Saskia about what worked and what could be built on. Saskia noted – happily –that she had been pleasantly surprised by how well the session had worked. She talked about the positive role of the music-making interactions within the outreach shift. That the music had brought a different texture into the conversation with the outreach worker, and had provided a way of communicating about emotions and memories that can enable individuals to open up and connect to the SET team. Also, she flagged that within an exchange that can be more about the factual matters of appointments, medical, legal and housing advice – that the music brought a more human and creative element to the conversation; one that helped to build equity between the SET worker and the individual on the street.

Focusing on how to develop the creative framework of these sessions, we discussed the idea of creating a piece that could be started by one individual, developed by the next – and so on and so on. So that, whilst the individuals make 1:1, unique contributions in each individual musical interaction – a collective creative dialogue is underway, with each person building on the contributions of the last.

The ideal, of course, would be that nobody would have to sleep rough or be part of the Street population. But, whilst this is a challenge that many cities in the UK face, it feels vitally important to be able to trial this project and to test this way of working. Most importantly, it feels hugely valuable to reach individuals that we otherwise would not reach and bring a moment of positive, connective creativity into their day. Now – we’ll plan for the next stages of the project, working closely with the Street Engagement Team at Connections at St Martin-in-the-Fields.

Fast-forwarding on to this week, when I was at a session with our weekly Southbank Centre group, a new face appeared at the door. It took me a moment to recognise him, but there he was: Davey. We welcomed him in, he took a seat and settled down, cautious but present. Only a few moments later, with newly devised group lyrics inspired by Monteverdi’s Il Combattimento (The Fight), in hand – he started to sing. As I watched him, it struck me that time and time again, singing feels like such a genuine act of hope in the face of the battles that Davey – and all of us – are fighting. While we sing – we are creating, trying, living; celebrating and sharing our full human selves. It felt pretty indescribably brilliant to have him there. I hope he comes back.

*All names have been changed to protect identities. 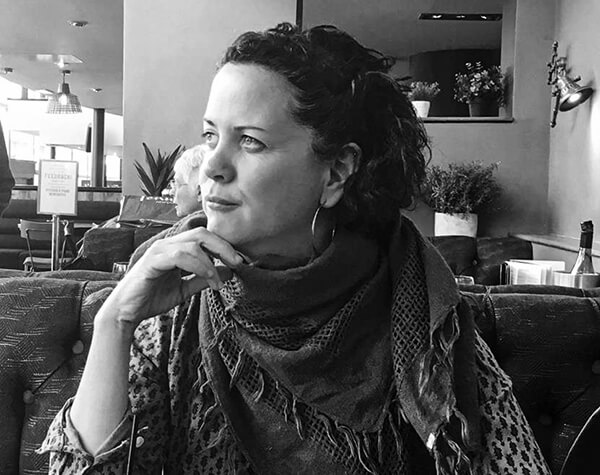 Marigold is Head of Programme at Streetwise Opera